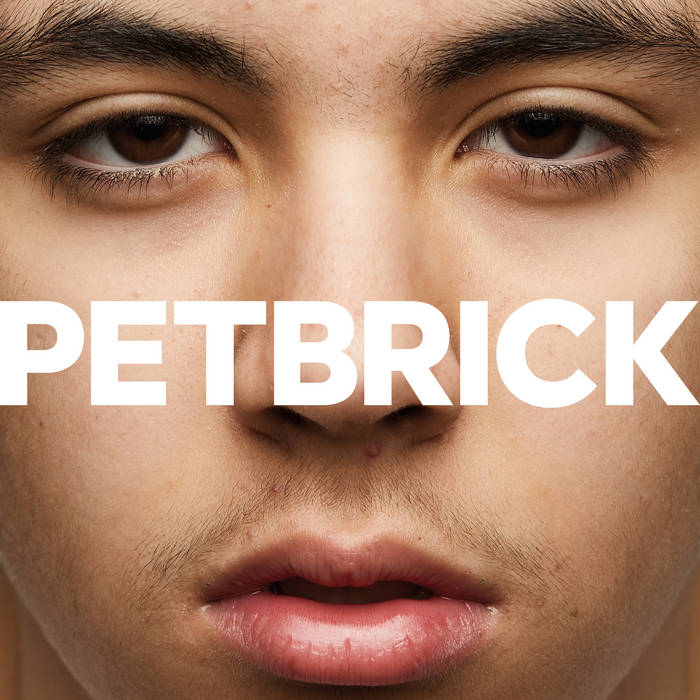 x20spec I love this album because it's exactly how I feel.

As the year 2020 fast approaches, and our surroundings frequently appear to be only a few steps short of resembling the kind of technologically-driven dystopia that previously was confined to the realm of fiction, there still exists a peculiar shortage of music spiritually attuned to these treacherous times. Fortunately, a chance meeting between two disparate yet fundamentally akin visions is here to redress the balance.

Petbrick - the duo comprising Wayne Adams (Big Lad/Death Pedals/Johnny Broke) and Iggor Cavalera (Sepultura/Soulwax/Mixhell) - have arrived at an audial destination whereby electronic experimentation, hardcore attitude, dystopian dread and in-the-red dementia collide and collude to form a uniquely invigorating assault, custom fit for an accelerated age. This debut explores fresh lunacy anew whereby both members’ past experience - Wayne in a variety of musical guises ranging from punk to breakcore and gabba, and Iggor in a planet-straddling metal colossus whose questing spirit played a crucial role in the music’s evolution - are both profitably employed and left obsolete by a resolutely genre-free onslaught whose spirit remains firmly in the here and now.

This meeting of minds initially took place after Iggor - these days a London resident - was impressed by a Big Lad show at Camden Underworld, subsequently resulting in the two staying in touch via email, swapping files of material they were working on, bonding over Eurorack modular synth gear and eventually Iggor visiting Wayne’s Bearbiteshorse Studio where coffee-fuelled initial jams proved so fruitful that the project took on a life of its own. “We wanted to do something different than the other projects we were involved in. Making horrible noise was the first concept behind Petbrick” says Iggor. “I think we realised that we where both pretty much in tune with each others taste, both into a lot of weird electronic music, as well as some decent far out guitar stuff. For me personally I definitely pushed the electronics in a much harsher direction” reckons Wayne.

Indeed, Petbrick soon began to represent a boundary-free soundworld in which either member could explore whatever musical predilection or peccadillo they were possessed by and come out with something compelling, be it John Carpenter-style soundtrack cadences, Alessandro Cortini-esque synth textures. D-beat-driven punk intensity, or - fulfilling a long-time ambition of Wayne’s - the sound created by running all of their synths and drum machines through an Entombed-style Boss HM-2 distortion pedal.

The project has also enjoyed its fair share of happy accidents: “I think the Industrial side of things probably comes a lot from Iggor’s playing.” notes Wayne “He hits hard, Really fucking hard, and just goes like the clappers, so mix that with gabber and noise you have instant industrial vibes”. Yet rather than being an album with its foot firmly on the accelerator throughout, it’s one just as comfortable with the elegiac atmospherics of a track such as ‘Sect’ as the hyperactive breakcore-damaged brew of ‘Roadkill Ruby’.

Moreover, guest vocalists are also on hand to further up the ante. “Basically all the collaborations on the album come from people whose work we love, and also are connected as friends” says Iggor “It’s very important to us, to bring different vibes to the songs.” The result is free to traverse anywhere from full-throttle intensity (as with Full Of Hell’s Dylan Walker on the blistering ‘Radiation Facial’ or Integrity’s legendary vocal exorcist Dwid Hellion on ‘Some Semblance Of A Story’) to exhilarating melodic counterpoint (Laima Leyton (Mixhell) on ‘Coming’) and stream-of-consciousness lunacy from Warmduscher’s Mutado Pintado, whose splenetic tirades on ‘Gringolicker’ valiantly attempt to inhabit the increasingly unhinged persona of Donald Trump.

Paint-stripping and deliriously potent, ‘I’ is more than merely an exercise in the life-affirming flame of oppositional punk spirit scorching all or any musical boundaries in its path - it’s an uncompromising soundtrack to a short-circuiting new era. Yet rarely has the sound of global malfunction also been so much fun.

Bandcamp Daily  your guide to the world of Bandcamp